For the series of game consoles such as Xbox and the Playstation series, it does not necessarily follow that they would have to follow towards the newer versions such as Xbox 360 and Playstation 2 or 3. The games are still continuously developed and most of the time, the only difference is that of graphics and actual games released.

It is only natural that the newer versions are higher capacity game gadgets that can offer a more attractive and alluring graphics display and features for the gamers to enjoy. However, as long as new games are being introduced for these subordinate game consoles, people can still be content with their present setup and save the enticing upgrade options for a later date.

Another thing for consideration is that newer game consoles do not come cheap. Especially for tight-budgeted groups who would rather put their focus on something important in life, foregoing their vice for a latter time is something worth while. Besides, prices for gadgets vary and it doesn’t really follow that newly offered games and gadgets should be immediately purchased. 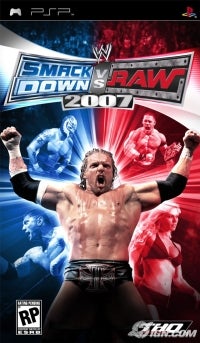 Bully, the new game from Rockstar Games, has already been the source of controversy even before it was released. The game was finally delivered to retail chains a week ago despite an attempt by lawyer Jack Thompson to have the game banned.But it looks like the game is continuing to court controversy. One of the game elements in Bully is the ability of protagonist Jimmy Hopkins to engage in steamy kissing scenes with certain females but, as it is being discovered by gamers, Jimmy can actually court at least one boy and engage in some torrid kissing scenes with him too.

Many people were very surprised when the Entertainment Software Rating Board (ESRB) last month issued a T for Teen rating for the game, which is being released for the Playstation 2. The content descriptors that were used for the game (which can be seen on the ESRB’s website) are crude humor, language, use of alcohol and tobacco, violence and sexual themes. The gaming media have already asked the ESRB if the boy on boy kissing scenes had been seen and was part of the review the Board made, the ESRB replied that, yes, the content was actually considered in assigning the rating for the game.

The aforementioned torrid kissing scene between the two boys is most likely going to be used again by conservatives as fodder to further propagate their campaign to have video games banned or heavily censored or regulated by the government. Rockstar Games, which has already built a reputation for pushing the envelope, has definitely fulfilled their goals for sensationalism with just that scene alone.