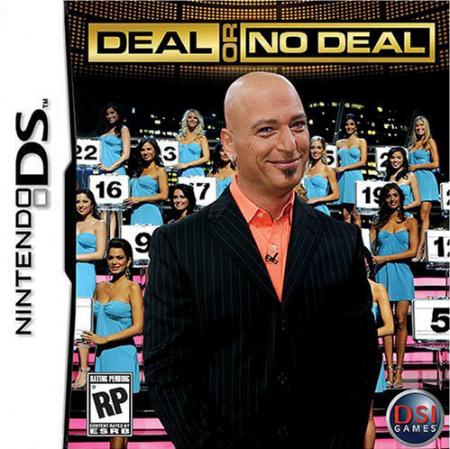 Are you ready for the second half of this list? Here goes…

Looney Tunes: Acme Arsenal
This one’s for the Wii. We all love Looney Tunes – who does not? Yet the game released for the Wii just ruined everything. Check out what 1UP has to say about this game:

It’s painful watching Looney Tunes: Acme Arsenal strive for mediocrity. With such a creatively flexible license (evident in Duck Amuck for the DS, releasing the same day), it’s even more disappointing to see it abused so haphazardly in an uninspired, glitchy, sometimes broken action-platformer. Calling Arsenal a hack-n-slash would be overcomplicating matters — it’s really just hack, at best. It’s too simplistic and childish for any passing intellectual enjoyment (even the classic Looney Tunes humor is put to poor use), and far too difficult in practice for anyone young enough to enjoy it to actually play it.

Deal or No Deal
The game for the DS does not do the real game show any justice at all. I know how exciting watching the TV show can be. I couldn’t wait to play the video game. I wish I had saved that money for something else. The guys at Gamespot hit the nail right on the head:

By all accounts, making a game based on NBC’s hit game show Deal or No Deal should be the most idiot-proof concept in the world…It might not make for an especially interesting video game (it certainly didn’t in the PC version released earlier this year), but if the template is followed correctly, it should be, if nothing else, functional. However, Deal or No Deal for the DS somehow manages to screw it up, turning in a completely broken translation of the game.