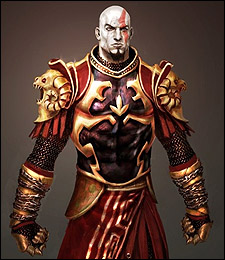 For fans of the epic game God of War, Cory Barlog is a name to be held with awe and respect. For those who do not recognize the name, Cory Barlog is the man behind one of the best video games ever made – God of War. So why am I writing about him?

Well, the news of his departure from Sony Computer Entertainment America’s Santa Monica studios circulated last year and people have been waiting on word from him. He apparently went on a blogging hiatus and only resurfaced yesterday. Being a God of War fan myself, I have been waiting on this.

For me, the whole departure from Sony was not exactly the ideal route that I wanted to go, but in the end I think it is the absolute best thing I could have ever done. I am not going to go into any specifics as to what it is I am working on now, which sucks, but I can say that I am cooking up several things.

I can’t wait to find out what it is he is cooking up! More importantly for me though, he says this about the upcoming God of War III:

I know for the God of War fans out there it might be a bummer that I am not working on God of War 3 (or for some it may be a good thing I am not) but rest assured that it is all in good hands. The Sony Santa Monica team is one of the best teams I have ever worked with. Also, immediately after I finished God of War 2 I was already working on the story and design for the third game. So when Sony and I finally did part ways the foundation of the game, along with story that completes the arc we began in God of War , was complete. I wish I could have been there to see it through to the end, but it was just not meant to be I guess. The story is going to finish off with a very big, very epic bang though.

I hope he knows what he is talking about!