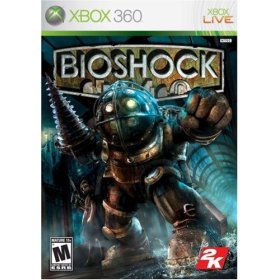 To be honest, I have not tried the game hands on, but if the buzzing around the Internet is anything to believed, it is one heck of a game. It seems that it has all the essential elements of a good video game – a deep storyline, great graphics, open environment (which allows you to interact with the surroundings), first person action, and more. Here is what Gamespot has to say about this 360 exclusive:

• Absolutely amazing atmosphere and visual design with the technical prowess to back it all up
• Lots of character customization options to play around with
• Great voice cast really sells the storyline.

• Annoying hitches cause the game to freeze for a few seconds at a time, but it only seems to start happening after playing the game for several hours
• Lack of death penalty keeps things fun, but also keeps things a little too easy.

The score? A whopping 9! Read the whole review here.

By the way, did I say that this was a 360 exclusive? Well, according to a rumor going around, 2k Boston is looking for PS3 developers. For those who do not know, 2k Boston is the team behind Bioshock. So they’re looking for PS3 developers, huh? Does this mean that we can expect a PS3 version of the game? Or maybe the sequel is going to be for the PS3 as well. We can only speculate for now.