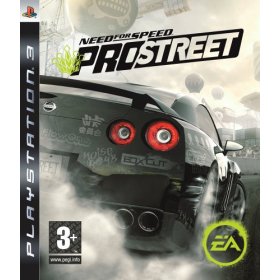 I have always been a fan of the Need For Speed franchise. From the PC version to the PS2 games and now to the PS3, I have faithfully followed this game series. I know that NFS Pro Street has been out for quite some time now but it was only a couple of months ago that I got my copy. From what I have been reading, there have been a few changes and I was more than interested to try it out. Here’s my take on it.

First the game play. I was thoroughly disappointed with how EA designed how you can play around. I did not like the fact that there was no free roam mode. If you can remember, the other Need For Speed games (starting with Underground) enabled you to merely roam the streets, have fun speeding, and make money while at it. With Pro Street, you can only go from one race to another – no driving around on the streets. I think that blows big time. Once you’ve beaten the game, it does not have much replay value and that is something that I look for in a video game. I tried playing it again after I beat the whole game once but I got bored after a while – it just gets too repetitive.

The graphics are the redeeming factor of Pro Street, though. It takes advantage of the capabilities of the PS3 and you can really enjoy seeing all the details while on the race track. There is also an expansion pack for the game but I am not sure it will do much to improve the game play. Maybe the next NFS will be more interesting.