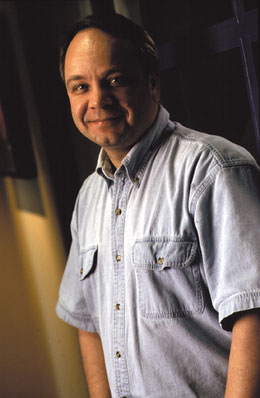 If you are asking who Sid Meier is and you call yourself a video gamer, you should be ashamed of yourself! With his host of tycoon simulation games, he is definitely way up there!

Anyhow, this February, Meier is set to receive the Lifetime Achievement Award from the Game Developers Choice Awards – and rightly so. Meier has changed the landscape of simulation games and has introduced the whole world to his wonderful ideas. I couldn’t agree more with Jamil Moledina, GDC executive director, who said:

“Sid Meier has served as one of our industry’s greatest role models for more than 25 years, creating fun and intelligent games for a diverse public long before it was popular. Now that the rest of the industry is actively targeting the broader audience, it’s fitting to honor him with our highest award and thank him for his continuing example of inspiration for the video game community.”

Indeed, way before the video and PC game explosion began, Sid Meier was there, trying to introduce the public to what we hold as common these days. He was, as some would say, a visionary. Here are some of the most notable games that Sid Meier has developed over the decades:

-Spitfire Ace (his very first major project)
-Railroad Tycoon
-Civilization (and all the other installments in this series)
-Magic: The Gathering
-Alpha Centauri
-Sid Meier’s Pirates!

I, for one, am happy for Sid Meier. We all know how essential he has been to the gaming industry but it is always nice to be formally recognized, isn’t it?