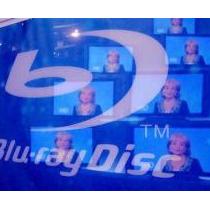 Warner Bros. started the year off with a bang as they announced that in several months, they will be ditching the use of HD DVD and instead release movies exclusively on Blu-ray. You can just imagine the uproar that this announcement caused – and is actually still causing!

Here are snippets of their press release, if you have not read it already:

“Warner Bros.’ move to exclusively release in the Blu-ray disc format is a strategic decision focused on the long term and the most direct way to give consumers what they want,” said Meyer. “The window of opportunity for high-definition DVD could be missed if format confusion continues to linger. We believe that exclusively distributing in Blu-ray will further the potential for mass market success and ultimately benefit retailers, producers, and most importantly, consumers.”

Being the Sony fan that I am, I actually happy with the turn of events. However, I cannot help but wonder – is it really a response to consumer demand? 😉