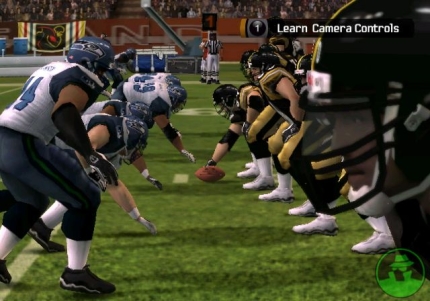 It seems to be the year of leaving big production studios – not too long ago, we heard of Cory Barlog’s leaving Sony, in effect leaving many questions about God of War III. Now, the lead producer of Madden, David Ortiz, has left EA Tiburon. Ring a bell? Well, EA Tiburon is merely the arm of EA which develops and produces the football games.

What was his reason for leaving? The official version is that he left due to family reasons. Personal reasons are always undisclosed – something to cover another issue, perhaps? Well, I am not one to speculate but 1UP says that they have sources claiming that David Ortiz had become frustrated with the “inner workings of the studio.” I am sure that’s what’s going on in the minds of many people as well.

So what are the implications of this incident? There is no doubt about it, there will be some changes with the upcoming football games that EA Tiburon will be releasing. This is what the studio has to say:

David’s been a valuable part of our team at EA Tiburon, and we wish him the best. Dale Jackson, an EA veteran for more than a decade, continues to lead the Madden NFL development team.

As for the remaining team, it will be Phil Frazier who will be taking the lead now. For your information, he was involved in the earlier days when football games were developed for the PS2 – he, in fact, is attributed with the success of the franchise. He was also recently involved in the development of the NFL Tours.