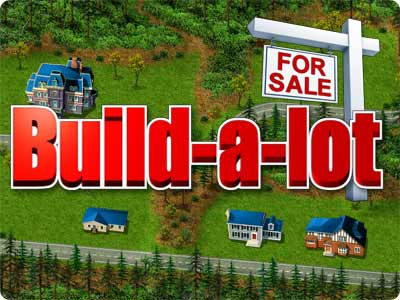 Build-A-Lot has been around for quite some time. I think saw it first on Big Fish Games several months ago but it didn’t really appeal to me at that time. For one, real estate has never been that attractive to me. When a friend told me how much fun she had playing with it though, I thought I’d give it a try.

So what is Build-A-Lot all about? It has two game modes – career and free play. I only played the career mode, wherein you play the role of a contractor. Mayors of different towns – each one corresponding to a level of the game – hire you to build up their towns. In each town, you have various sub-levels. For each one, you will be given specific tasks. There are different housing and building types, each of which you have to draft the blueprint first before you can build it. You also need to buy materials to build the houses and buildings. Workers are integral to the game as you need a certain number to build, repair, or upgrade each house or building.

The interface is quite easy an intuitive – as many casual games are. I really like how the game throws challenges at you in mid-game. Sometimes, just when you think you’re done with your goals, you will receive new tasks. Overall, Build-A-Lot is one of the best casual games I have ever played. It is easy enough to play but never boring or TOO easy. If you haven’t tried this yet, I suggest that you give it a chance – before you know it, you’ll be staying up all night to finish it.