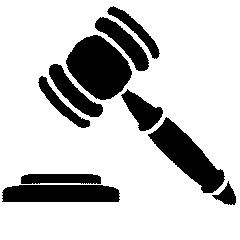 This piece of news just frustrates me! I first heard of it through Bloggey Kong and the title “Afghanistan May Ban Video Games” already got me going. When I found the link to the actual news article, believe me, my blood pressure went up!

First of all, I distinctly remember several years ago, reading about Afghans being so thankful and happy that they could finally listen to music. I can’t imagine life without music. The Afghans, during the Taliban reign, were forbidden this small thing. After the Taliban was taken down, their eyes were opened to what the rest of the world took for granted.

And now, the very same Afghans who were “liberated” from Taliban rule, are putting in place legislation that is reminiscent of what used to oppress them. I apologize if this is sounding to be a political rant – let me get back to the point. This legislation, if passed, could also ban video games from the country.

Here’s an excerpt of the article published on Pakistan Daily Times:

“The mass media including television and cable networks must avoid broadcasting programmes against Islamic morals,” it said without giving details. In a similar move the parliament, which is dominated by former anti-Soviet Islamist warlords, called earlier this month for a ban on dancing and Indian soap dramas on private television networks. Men and young boys must avoid wearing bracelets, necklaces, “feminist dresses,” and hair-bands, the draft reads. The proposals also demand an end to dog and bird-fighting, pigeon-flying, billiards and video games, all past times favoured by many Afghans.

All I can say is that I am confused and pity the countless Afghans who consider video games as their hobby.