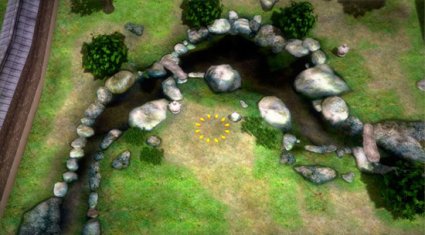 Sony is coming out with a new game for the PS3 but it is quite unlike the run of the mill games that PS3 fan boys have come to expect. Dubbed Shiki-tei, this new PS3 game seems to be nothing more than having a garden on your PS3. Don’t get me wrong – I have nothing against gardening. In fact, I have tried my hand at it for more times than I can count. The problem is that plants – and anything remotely resembling a plant – do not seem to like me. If there is such a thing as a black thumb, or a brown thumb, then I have one!

The basic idea of the game is to create your own garden. You plan flowers, trees, and other shrubbery. You can also set stones and other ornaments that you would like to be present in your garden. Then you watch it grow. You can even set your own music – anything that you have in your PS3 – to play as you watch your creation bloom. That should make for a relaxing time, I think.

Anyway, this new video game is set for release only in Japan. The chances are that the rest of the world is not going to get their hands on this PS3 game but then again, since when has that stopped anyone from getting anything they wanted? I suppose the question is whether or not Shiki-tei will be fun enough to entice the countless PS3 fan boys all around the world.