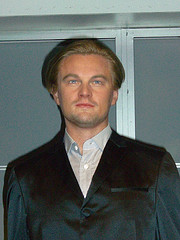 Are you into movies as well as video games? If so, then this piece of news would certainly make you happy. Everyone knows the name Atari – people my age would remember growing up trying to gain control of the joystick over other siblings. Atari is a legend, there is no doubt about that.

People of the younger generation would definitely know who Leonardo DiCaprio is. The Beach, The Aviator, and Catch Me If You Can are only some of the more popular movies that he has made. He has definitely made his mark in the movie industry and tons of screaming women would testify to that.

So where does the commonality lie? A movie dubbed Atari will be made – I don’t know when – and DiCaprio is slated to take on the role of the founder of Atari. Though not many might know much about him, Nolan Bushnell has made an impact on many lives. He started out as an engineering student (don’t they all?) and a video game lover – perfect combination, I should say. He used to repair broken down pinball machines and then went on to start his own company, which we all know as Atari. From the engineering student that he was, he went a long way. His company is now a household name all over the world and he sold his company to Warner Communications for a whopping $28 million!

I do not know much about the life of Bushnell but if this movie project pushes through, that would surely change.