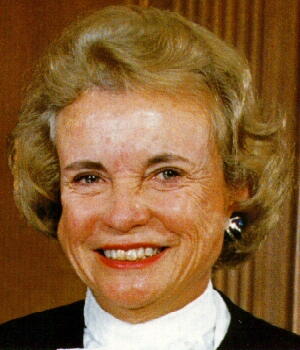 While O’Connor will probably never play “Halo,” she explained that she came into the digital world after noticing how increasingly difficult it is to receive impartial judgments from serving judges who face mounting political pressure and partisan attacks. She feels that the only way to combat this is with video games about civics education. Yes, that’s right: video games.

O’Connor is spearheading a joint venture with Georgetown Law School and Arizona State University called “Our Courts,” an online civics education project aimed at 7th, 8th and 9th grade students. The free website will allow young people to step into the shoes of a judge, legislator or executive and debate and analyze governmental problems and issues.

The “Our Courts” website is up now, but O’Connor said she hopes that by September it will have the curriculum for classroom use. Gee’s interactive contributions are slated for September 2009.

What can I say? This sounds like a good thing. What do you think? Is this indeed a good move or is it another gimmick that does not really mean anything?