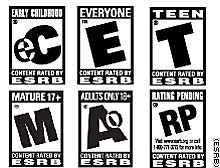 Here’s another law that is set to create a stir among a lot of people. In New York City, a law was signed recently. This law is supposed to “force” all video games – existing and new – to undergo another label rating. This also requires all video games to be sold in the city to have clearer labels so as to inform consumers of their content.

The Governor of New York, David Paterson, signed the bill into a law. The New York Civil Liberties Union said that the bill has significantly raised concerns about free speech. The legislative Director of NYCLU, Robert Perry, said that they have reviewed the legislation but they have not yet determined whether they will take any legal action against the bill. The group also said that laws of similar type in other areas including California, Michigan, Illinois, Washington and Minnesota have been rejected and thrown out as they go against the constitution.

The US video gaming industry has submitted to a ratings system voluntarily which is similar to the ratings system of movies. The newly signed law makes it compulsory for all video games that have already been rated to be appropriately labeled and it also requires that new video gaming consoles need to be installed with lockout features controlled by parents. It requires this to be implemented by 2010.

While I am all for rating and labeling, I see this law as a redundancy of the already existing measures. Am I being too narrow minded here?