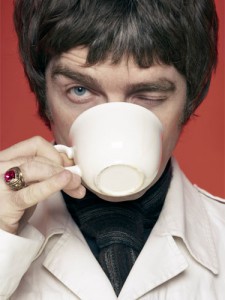 Kids from today’s generation may be left a bit confused as to who that person in the title is. I am sure that those who were teenagers – or maybe even in their tweens – way back in the 90s would recognize this name, though. Noel Gallagher is the other half of the famous (and infamous in many ways as well) Gallagher brothers, who fronted the British band Oasis. Ring a bell now?

I will not argue with anyone who says that Oasis is one of the best bands of all time. Yes, I love many of their songs. That is not to say that they are experts in psychology and social behavior, is it? Apparently Noel Gallagher thinks he is. BBC reports:

Noel Gallagher has waded into the debate over youth knife crime while picking up a prize at the Silver Clef music awards in London.

The Oasis guitarist said it was a “pity scumbags are taking over our streets”, and claimed video games were partly to blame for violence.

He said: “In my day, status was trying to be somebody, do you know what I mean, not trying to kill somebody?”

The star said knife crime was a problem across the UK, not just in London.

And how do you explain the connection between video games and the knife crimes in the UK today, Mr. Gallagher? Come on now, I am sure you have more concrete reasoning than that, don’t you?

Oh well, I guess some people would point at the easiest thing they can lay their eyes on.