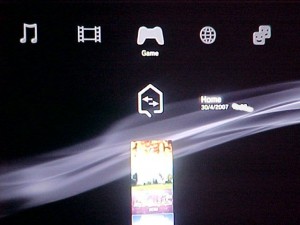 Who does not? Ever since this news about Sony sending invites to people to participate in the testing program for the PlayStation Home came out, I have been on the edge of my seat. I first saw the announcement of the latest testing at the PlayStation Blog:

Later today, the PLAYSTATION Store will be updated with a PlayStation Home theme. By downloading the theme, users are submitting an application to join the PlayStation Home Beta test community. We will be using a variety of criteria including activity on the PLAYSTATION Network to determine eligibility for the Beta community. Existing beta testers have automatically qualified to be part of the expanded beta.

We’re really excited about this milestone and want our most loyal fans to be a part of the evolution of PlayStation Home.

In Europe, SCEE is also beginning their expanded closed beta, directly targeting consumers who have been most active on PLAYSTATION Network and PLAYSTATION Store. SCEE will be in email contact with their PSN audience very shortly.

Let us know what you think.

This was posted on the 7th of August. A lot of bloggers have already created a buzz around this piece of news and the first thing I did after finding out about it was to download the Home theme. This is how you send in an application to become a beta tester. Since then I have been waiting to receive an e-mail invite and I have been checking my e-mail A LOT – to no avail.

I am still hoping, though. Anyone out there who has received the e-mail?