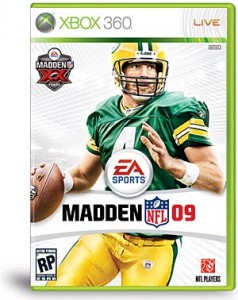 The newest installment in the football video game franchise Madden seems to have impressed countless people. The Madden NFL Franchise has been around for a couple of decades and has sold 70 million copies worldwide. The newest addition to the franchise, Madden NFL 09, thus has a LOT to live up to. With all the hype and the great expectations of more discerning video gamers, Madden NFL 09 has to be all that everyone has hoped for. And is it?

Apparently, yes. Reviews from all over the Internet are pointing to one thing: Madden NFL 09 is a huge success. From the one who have only had the chance to play the demo from the PlayStation Store (that’s me!) to those who have actually played the full game, it seems that they all agree that the game is moving closer towards perfection.

The game is available for different gaming consoles and also comes in “normal” and “special edition.” The standalone video game can cost anywhere from $39.99 to $59.99, depending on the platform. The special edition version, dubbed the “Madden NFL 09 20th Anniversary Collector’s Edition” ships at $89.99. What do you get from the latter? “The latest pro football simulation, a copy of the all-new “NFL Head Coach 09” game (the only way to buy the game this year) and hours of DVD-like bonus materials for the ultimate fan.”

Naturally, I want a copy of the special edition but last time I checked – last night – I couldn’t find any copies. I am sure some will resurface soon enough but will the price be the same?