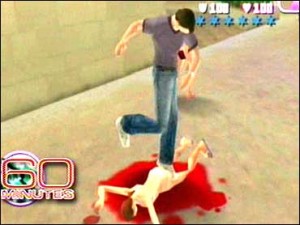 It seems that more and more people across the world are trying to regulate “violent” video games these days. According to DW-World:

Germany’s efforts to regulate the classification and sale of violent video games has brought a number of the country’s authorities together to work on a cohesive set of legislations.
Violent computer games continue to spark controversy all over the world and prompt responses by governments and organizations intended to protect youthful players.

Legislation recently passed in Germany in July, for example, makes it easier to put such games on the banned list following the introduction of a rating index.

Yet what does it all really mean? Who sets the age recommendations for “normal” games? In Germany, at least, these roles have been in flux of late.

Games on Germany’s banned list cannot be sold publicly. That includes any advertising and sales through mail order. The decision to flag a game is made by the Federal Department for Media Harmful to Young Persons (BPjM). Since the July 1 revision of the Protection of Minors Act, the agency has been granted even more authority.

Well, what can I say? It sounds stricter and scarier to me! Imagine that there is a banned list that you cannot buy off the shelf! Then again, I suppose that those who really want to buy these games will always find a way. It just might work for the authorities. What do you think?