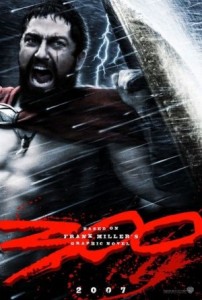 In 2006, there was a movie that captured the interest of movie lovers all over the world. It was epic. It was violent. The lines were memorable. The story is supposedly real. It was 300. And the man directing the scenes was Zack Snyder. And why are we talking about him? Well, he has signed up with EA to develop new games.

Can you just imagine what this EA can do with this man on their team? EA has had a long history of coming up with some of the best games made. With this new creative addition to their team, there is no doubt that they will come up with even better games.

So what is the deal all about? Reuters reports:

Snyder will lead the creative direction of the games and work with the production team at EA Los Angeles, the same studio currently collaborating with Spielberg on the game “Boom Blox” for Nintendo Co Ltd’s Wii.

Though the financial details have not been released, I am sure that Snyder will be getting ample compensation for his work. What with EA is earning, it is only natural!

Another thing – games made into movies is something that is catching on. That is why I think it is really a big deal for EA to be getting this great director. As he designs games, he is already probably thinking of what it will be like on the big screen.