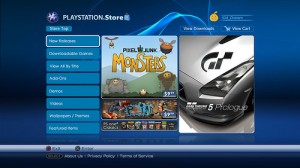 To qualify that statement, yes, PSN cards are already available – mostly in military bases. What my title is referring to is the fact that Sony released an official statement late in August. Their announcement was that the PSN Cards will be released this September. Naturally, I assumed that this meant the first week of September. I have been scouring the mentioned stores in the Sony announcement to no avail.

Maybe I am looking at the wrong places. Maybe I am jumping the gun. After all, Sony did say September and there are still 3 weeks left in the month. Anyhow, I am disappointed that the PSN Cards are still not easily accessible.

Easily accessible is different from being available, though. Despite my whining, there are places that you can get the PSN Cards. E-bay for one, is a good place to check. I am actually laughing at myself for not thinking about this sooner. Would you believe that I never thought about checking on E-bay before? It was only the other day that it entered my mind.

So there I was looking for PSN Cards on E-bay and I found LOTS of them. Various people are selling the various amounts. I do not know where they got them – what is important is that they are selling them. The thing is that you have to pay a little over 10 dollars more than the card value. For example, I bought a $50 PSN card but I had to pay $62.50 for it. I really didn’t like that but at that point I had no choice.

The verdict? I am quite satisfied. I didn’t have any problems loading my wallet and buying the games online.