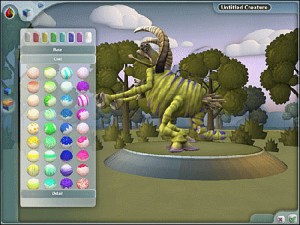 I have been hearing and reading about Spore for many weeks now but for some reason, I didn’t really get attracted to it. However, I did not really pay attention to the game – I didn’t even really bother to find out all about the idea behind the game play. I am starting to think that I might have been wrong in doing that. The game has only been recently released and it seems to be gaining a strong following. So I have decided to go against my inexplicable apathy towards the game and this is what I found out.

Wikipedia writes this about the game:

Spore is a multi-genre “massively single-player online game” developed by Maxis and designed by Will Wright. It allows a player to control the evolution of a species from its beginnings as a unicellular organism, through development as an intelligent and social creature, to interstellar exploration as a spacefaring culture. It has drawn wide attention for its massive scope, and its use of open-ended gameplay and procedural generation.

I was really NOT paying attention – I did not have the slightest clue that it Will Wright is behind Spore. If I had known that, I would have immediately taken a look. Will Wright is a legend on his own and I have always looked up to him and loved his games.

So how is Spore doing? Only a month into its release, it has already sold a million copies. Not bad, eh? Now I am a bit scared to get the game…scared because I might get caught up in it just like I got caught up in Will Wright’s other games.