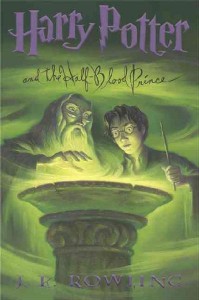 So what is new? It seems that delays are part and parcel of the video games industry. Even the biggest player in this arena is quite notorious for delays (yes, I am talking about Sony). This time, another big name in the video games industry has announced the delay of a much awaited game. Electronic Arts was supposed to release the game Harry Potter and the Half-Blood Prince alongside with the debut of the movie some time this year. However, as Warner Bros announced a delay – the movie will now be launched in July next year – EA also announced a delay on their part.

Naturally, fans are not taking these announcements lightly. Efluxmedia reports:

Harry Potter fans are not taking the announced delays lightly, as proven by the fuming emails they have sent Warner Bros., replete with suggestive quotes from the novels. Take for example this little artwork of an email, as quoted by the Wall Street Journal on its website, where one particularly ardent supporter writes to the “foul, loathsome evil little cockroach” that he or she considers the studio to be:

“A word of caution: Harry Potter fans are vicious creatures. They will not distinguish between the one they hunt and the one who gets in there (sic) way. Therefore I must warn each and every one of you to give them no reason to harm you.”

The menacing tone continues: “It’s not in the nature of a Harry Potter fan to be forgiving. But you know happiness can be found even in the darkest of times, when one only remembers to release the film on November 21st 2008.”

Come on now, guys, chill! I know delays are frustrating and maddening but hey, just a little patience, alright?