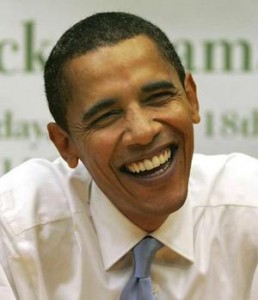 It’s a first for presidential candidate Barack Obama and it is also a first for everyone. With the elections almost here, the candidates are stepping up their efforts in getting the votes of scores of Americans across the nation. And for the first time ever in American history, a candidate is extending his campaign beyond the usual media. Reuters has this story:

Barack Obama, flush with cash and ramping up his advertising in the final weeks before the November 4 election, is making U.S. political history by placing the first presidential campaign ads in online video games.

The ads appear in games as banners or billboards with an image of Obama, the slogan “Early voting has begun,” and a reference to his VoteForChange.com website. The site allows users to register online to vote, obtain absentee voter information and find a polling location.

I think that this is a brilliant move. I mean, everyone in the world is aware of this controversial presidential race. Still, not everyone is sure as to which way he would be voting. And those who spend most of their time playing video games online are supposedly harder to reach by means of traditional media.

Other than that, I just think that it is cool how video games are becoming more and more a part of “real life.” Seriously, who would have thought 10 years ago that presidential candidates would be paying money to have ads in video games?