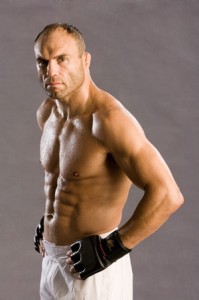 I do not know if I have ever expressed my interest in mixed martial arts in this blog but let me tell you now – it is one of the most exciting spectator sports for me. Perhaps it is due to the fact that I am a frustrated martial arts person. I cannot call myself a martial artist – the extent of my experience is limited to basic taekwondo classes in grade school – but I do know that watching the UFC has become one of my habits as an adult. This is on top of playing video games, of course.

That is why, when I read something about Randy Couture being in a video game, I was elated. At first I thought that it would be a mixed martial arts video game. I couldn’t have been more wrong, though. Impact Wrestling has a write up on the new version of Command & Conquer, which features a power packed cast of characters:

Both Carano and Couture have also been featured on game cards prior to the release of the actual video game.

Ahh, I have to get my hands on this.