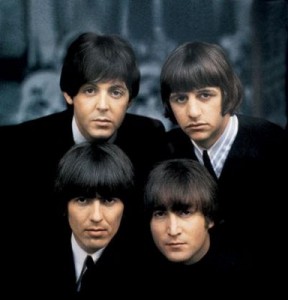 Beatles fans – this is what we have been waiting for! I have been raving about the juxtaposition of music and video games for a while now but I never really thought about the fact that so many great bands have been featured in various video games and that there is one BIG name missing, namely, The Beatles!

Thanks to Aced Magazine, I became aware of this fact:

Next year, the legendary music of The Beatles will be featured in video game format for the first time. The project is currently being developed by Apple Crops Ltd., MTV Games, and Harmonix, the creators of the popular interactive game Rock Band.

The still untitled game will be created with the blessing of the surviving members of The Beatles, Sir Paul McCartney and Ringo Starr, as well as Yoko Ono Lennon and Olivia Harrison. The project’s Music Producer will be Giles Martin, the co-producer of The Beatles LOVE project.

And what do the remaining Beatles member have to say?

“It gives me great pleasure to be part of The Beatles/Apple and Harmonix/Rock Band partnership,” said Ringo Starr. “The Beatles continue to evolve with the passing of time, and how wonderful that The Beatles’ legacy will find its natural progression into the 21st century through the computerized world we live in. Let the games commence.”

Indeed, let the games begin! I do not have to say that this game will be at the top of my list next year – even if I do prefer Guitar Hero.