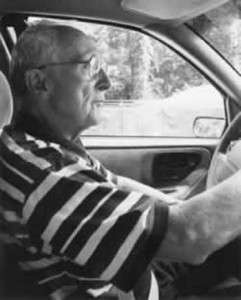 Whoever thought that video games would reach the heights that they have reached today? Long gone are the days when video games were merely for kids who wanted to entertain themselves. We all know this – with the Wii, PlayStation3, and the Xbox360, more and more people are discovering the world of video games. Here is another reason to value video games, though. Elderly drivers are learning to stimulate their minds and reflexes using video games. ABC News has this story:

Kramer and his wife, Donna, agreed to take part in an experiment: playing a computer game. The software, made by Posit Science, is called an “exercise for the brain.”

“At first I thought, ‘ha-ha, just another game. But it became challenging to where you wanted to do it,” Donna Kramer said.

Allstate Insurance is now offering the game as a free trial to 100,000 Pennsylvania customers whose accident rates will be compared with a group of drivers not playing the games to see if it helps their reflexes and peripheral vision.

“There are a group of people, [ages] 50 to 75, that could benefit from some brain exercise, improve their driving skills, improve their attention, improve their visual skills,” said John Kane, regional distribution leader at Allstate Insurance Co.