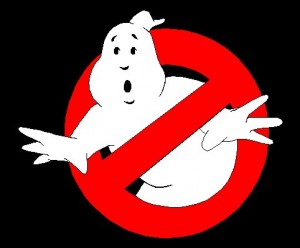 If there’s something strange
in your neighborhood
Who ya gonna call?
GHOSTBUSTERS

If there’s something weird
and it don’t look good
Who ya gonna call?
GHOSTBUSTERS

If you’re seeing things
running through your head
Who can ya call?
GHOSTBUSTERS

I am not sure if the current generation is in awe of this iconic Tv/film series as much as my generation was. Children of my time all clamored for items such as bags, notebooks, and pens that have something to do with the Ghostbusters. Today, it might not be the most popular cartoon but I am sure that it still has a strong following of its own. And if Atari makes good on its promise, I strongly believe that a this franchise will experience a rebirth.

So has Atari promised that has got me all excited? Wired.com has this story:

Though it’s no secret that a Ghostbusters game is on the way, this morning publisher Atari officially announced the “highly anticipated” title as in development for “six game systems.”

Ghostbusters: The Video Game is scheduled for release in 2009 to coincide with the 25th anniversary of the iconic film series. It will feature a number of original cast members reprising their roles as voice actors for the game including “Bill Murray, Dan Aykroyd, Harold Ramis, and Ernie Hudson.”

“Ghostbusters: The Video Game is a fantastic addition to Atari’s global line-up in 2009,” said Phil Harrison, president of Atari parent company Infogrames Entertainment. “The title has built considerable anticipation and excitement among game fans for its high quality action and all-out mayhem. There’s no more thrilling Ghostbusting experience to be had, short of building your own proton pack.”

Ahh…now that is what I am talking about. I can’t wait to bust some supernatural creatures when this game comes out. I hope that it doesn’t suffer serious delays.