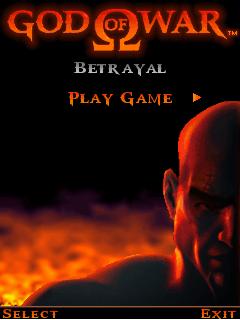 I recently got my hands on a new toy – a Nokia E63 mobile phone. Though I primarily got it for PDA purposes, I found out to my delight that I could use it for another, more fun purpose: gaming. Did you know that there are a lot of third party applications available for download for Symbian phones? You probably did but silly me, a first timer when it comes to actually owning a Symbian phone…

Anyhow, one game that I found was God of War. Remember that hunk of a dude, Kratos? His PlayStation games are among the best that I have ever played. They were quite hard and yet they were easy enough to finish with persistence. And you won’t find yourself getting bored.

Well, God of War for Symbian phones cannot really measure up to the experience of actually playing GOW on the PS3 or even the PS2. I think it is unreasonable to actually expect something like that on a phone anyway. The mobile version of the game is enjoyable enough to keep you busy while on the train or even when you simply have nothing to do.

Kratos is still Kratos and he uses the same weapons. He’s got a few new enemies – all of which are still fun to kill. I haven’t gotten far in the game as I can’t seem to kill the first boss. Perhaps it has something to do with the fact that I am still a bit unfamiliar with the controls. All in all, for a free app, it is a good game to play.