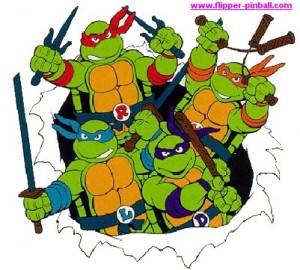 Remember those not-so-cute ninja turtles that were so popular back in the 80s and 90s? Even though we have not heard from them in a long time, they have not gone into total oblivion. They are coming back, this time in the form of a promising video game, courtesy of Ubisoft.

The video game company recently announced a new game based on the four characters. The game is supposedly the first that will not be based on a movie. AWN Headline News has this story:

Ubisoft will launch an all-new, original Teenage Mutant Ninja Turtles (TMNT) videogame — the first that is not tied to a TMNT movie, television show or comic book — which will be a four-player action fighting title.

The game is being developed by Game Arts, noted for working on the critically acclaimed Super Smash Bros. Brawl for Wii. Scheduled for release in fall 2009, the video game will be a key event in the year-long “Shell-ebration” of the 25th anniversary of the TEENAGE MUTANT NINJA TURTLES which, in addition to the video game launch, will include new and exciting products and experiences for TMNT fans in the U.S. and around the world.

Ubisoft and Game Arts together – this should be good. Unfortunately for you TMNT fans out there, you have to wait several months before you can get a piece of the action. Oh, that is if there are no delays in the release, which I seriously doubt will be the case.