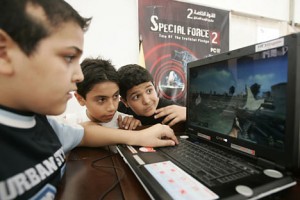 My initial reaction to the slew of articles and reports on a recent study stating that about 10 percent of young American video gamers are addicted to video games: you think? Seriously, we know how attached children are these days on video games. We do not really need a study to tell us this!

Still, researchers somehow deemed it important to actually conduct a formal study on the subject. This is what they discovered:

How exactly did they conduct the study?

Using clinical-style criteria similar to that for measuring gambling behaviour, a new study confirmed what many parents already believe, that not only is it possible for children to become “addicted” to video games but nearly 10 per cent of American youngsters actually are.

The study was the work of Iowa State University’s Assistant Professor of Psychology, Dr Douglas Gentile, and was published online on 13 April in the journal Psychological Science.

I’d say that we already knew this. The more important question is how we can address the issue. What do you think?