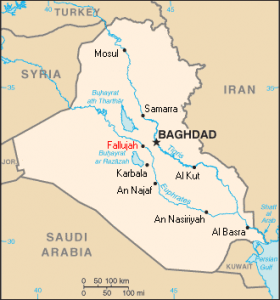 The video game industry is no stranger to controversy, but I think that in the case of Six Days In Fallujah, the controversy just might reach a whole new level. If you have not heard of the game yet, it is currently being developed by Atomic Games, a company based in North Caroline. The game, as its title implies, is all about one of the key conflicts in the Iraq War.

In case your memory is not functioning properly, or you just didn’t pay attention to the details of the Iraq War, Fallujah is a city in Iraq, which was held by the al-Qaeda together with its ally, the Sunnis. In November of 2004, the US troops – 10,000 strong – stormed the city.

What is so controversial about this particular battle? One, it is believed that the storming of the city cost the lives of about 6,000 Iraqi civilians. Two, a US Marine has been charged with the murder of an unarmed Iraqi, which was supposed to have taken place during this battle. Knowing what we know about the Iraqi War, and how it has been questioned right from the start, it is easy to see how the battle in Fallujah – and thus the game – is controversial.

According to Peter Tamte (president of Atomic Games), however, “It’s time for video games to do what movies, music and television have done: give people insight into this war that is shaping our world.” I totally agree with his statement. Sometimes, controversy is needed to open our eyes to certain things.