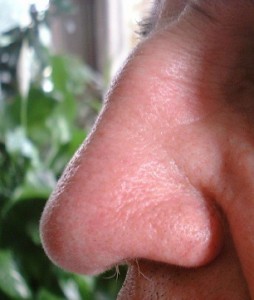 You’ve heard of smello-vision. It’s a really old joke; but have you ever thought that you could one day play video games and experience the various odors that different scenarios can offer?

This is what Professor Bob Stone is working on. Together with other scientists, Stone is working on a project that may one day bring smell to video games. They are developing technology that will release relevant odors in specific video game scenarios. As of the moment, their research is being conducted at Birmingham University and is being funded by the Ministry of Defence. As such, they are focusing on games of the more “serious” nature; you know, those that are used as simulation exercises by the military.

Dubbed the scent delivery system, or SDS, this technology is made of eight chambers, all of which are sealed. Each chamber contains wax of a distinct odor. The wax is actually available from an educational supplies company for $25 each. Anyhow, at a click of a button, odor can be released by hot air blowing through the relevant chamber.

It is easy to see how, coupled with other effects such as sound and vision, the released odor can make any video game more realistic. Furthermore, we can see how important this is for military simulation exercises. As for “for fun” video games, the added dimension of smell will definitely make the experience all the more fun.

My only question is this: will eight scents be enough to cover all the possible smells? I doubt it, but I am sure they will find a way to deal with this.