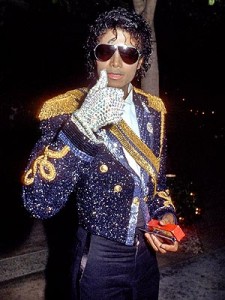 Oh my. I honestly do not know how to react to this. People of the younger generation are probably cringing and wondering what is going on. Truth be told, I do not think that anyone younger than myself can remember that Michael Jackson used to be COOL. Yes, I remember when we were still in grade school, and everyone was trying to do the moves that Michael Jackson did. Well, those were the days.

Anyhow, rumor has it that the King of Pop is looking into the video game sector to make another comeback. You all know that he is going to have a concert at London’s O2 Arena pretty soon. Well, the additional news is that he is also going to have a video game released. I am not sure as to the truth in these rumors but Ben Dutka at PSX Extreme writes:

According to Euro website 9Lives, the King of Pop will attempt to rock London’s O2 Arena, and a game will follow this effort. All we know is that it will be available for the PlayStation 3, PlayStation 2, and Wii and it should be ready for the holiday season. Now, I would like to see Michael Jackson’s Moonwalker 2, but I’m relatively certain that isn’t going to happen. The first game was a cult classic that actually shipped with the Sega Genesis for a brief time, but it was hardly the epitome of quality and/or technical achievement. We can be nostalgic all we want…the game really wasn’t that good. But damn, it brings us all back, doesn’t it? Anyway, we’ll let you know whenever Jackson chooses to make this project public, and if it may follow in the footsteps of blockbuster franchises like Guitar Hero and SingStar.

Okay, I am not a fan but I don’t dislike the guy either. Let me say that I’ll sit the fence on this one and share my thoughts when and IF the game is released.