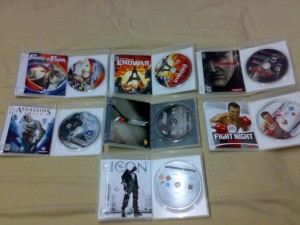 Who thinks that video games are already on the expensive side? I sure do! I mean, I pay top price for the titles that I really do want, but that does not mean that I wouldn’t be happy if video games were cheaper. Now if only the universe would hear me….

Unfortunately, if some gaming executives are to be followed, this is not going to happen any time soon. Register Hardware reports that Sony’s former European President has made his desires known: to increase the price of the average blockbuster video game to $115 (that’s ₤70 or €82).

Alright, I know. You are already having a panic attack at this point. There is no way that we can afford to pay a hundred fifteen bucks for the “average” blockbuster video game, right? I know I cannot! I mean, I pay less than that for the average game. I pay $80 or a bit more for the special edition ones. But $115 for the average game? No freaking way!

The same report states the reason for this:

Only a price jump would ensure a continued supply of groundbreaking games, according to Chris Deering, who noted the huge increase in development costs in recent years.

“In order to price these games at a level where they would support an industry [as strongly as] they did ten years ago, they’d have to be sold at £70”, Deering told MCV, a games trade website.

He was speaking to the games trade website in response to this month’s decision by Activision to raise the recommended retail price of Modern Warfare 2 from £45 to £55. The publisher blamed a weak pound as well as record development costs.

Oh, I don’t know. I really don’t know. Maybe I do not know the costs of creating video games but I sure think that the price increase is way too much.