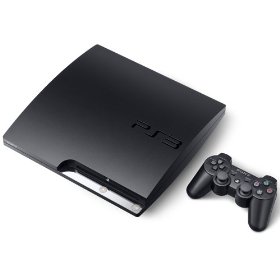 It’s a go, guys! The PlayStation 3 Slim is coming soon!!!

Amazon is now accepting pre-orders for the PS3 Slim at $299 only. What’s to rave about? It is 33 percent smaller than the original console. It is also 36 percent lighter. After having to lug the PS3 from the mall to the house, I wouldn’t mind having a smaller and lighter one! But is this all?

Nope! It does not make as much noise as the original PS3 and all the games for the slim version are in high definition. Now this will not make much of a difference if your TV sucks, so make sure you have a full 1080p screen. It also doubles as a Blu-ray player, plays DVDs, has built-in Wi-Fi, has a built-in Web browser, and has a 120GB hard drive. Not these are not really new things, but it helps that they are still part of the new console.

So is there a downside to the new console? Unfortunately, yes. For one, it does not have backward support for PS2 games. I am going to miss this a lot as I have a lot of PS2 games that I still like to play. It also has no infrared port, but that’s not really an issue for me. But that’s basically the “bad” that I can see.

For $299, it really is a good deal. The thing is, I am not sure I want to buy the first units to come out of production. That’s what I did with the original PS3 and I ended up with a lemon – the motherboard burned out a year later. I think I’ll stick to the old PS3 for now and get the slim a year or so down the road. Sound like a plan, doesn’t it?