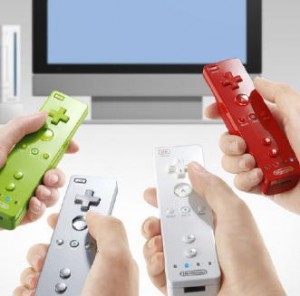 I never thought that someone would name their child Wii but I have been wrong before, and I am wrong now. There is, in fact, a guy named Wii and he got his name way before the Wii (console) was conceptualized. Wii Yatani is a 26-year-old graphic artist from Manhattan. No, it is not a nickname. It is in fact his birth name.

Did he have anything to do with Nintendo’s naming their gaming console? Not in the least. In fact, Nintendo probably did not know he existed until he contacted them to be their spokesperson. Even then, the company did not pay him any mind, which, I think, is just rude. If I were part of Nintendo’s PR department, I would have capitalized on the coincidence. It’s not like Wii (Yatani) would be detrimental to the company, right?

Anyhow, just imagine how the salesperson at the store reacted when she saw Wii’s name on his credit when he paid for his own Wii a couple of months ago! I would have loved to be that salesperson! Of course, Wii (the man) has gotten used to all the jokes his friends would make about his name all his life. Then again, with the advent of the Wii (the console), he has new jokes to contend with. Here’s an excerpt from the article where I discovered Yatani:

And they’ve given him the ability to introduce himself in a new way: “Now, when I meet people I say, ‘My name is Wii. I’m the original.’ ”

Yatani gets new jokes now too. His friends ask him: “Oh, Wii, are you going to go home to play with yourself?” Laughing, he said he gets that “all the time now.”