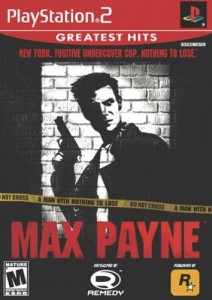 Apparently, Mark Wahlberg does and that is why he refuses to play Max Payne even if he is playing the starring role in the movie adaptation. I am sure that you know all about Max Payne but let me refresh your memory nonetheless.

Max Payne is a third person shooter game that can trace its origins back to the year 2001. Back then, the game was developed for the personal computer and was compatible with Windows. Soon after the Windows version was released, Max Payne for the PlayStation 2 and the Xbox were developed by Rockstar Games (of course you know who they are, right?). A year after, Mac users had the chance to play Max Payne on their babies.

The first game became very popular that in 2003, a sequel was published. This time, it was dubbed Max Payne 2: The Fall of Max Payne. To date, this video game franchise has sold over 7 million copies worldwide.

As the trend seems to be these days, popular video games are being made into movies – and that is what Mark Wahlberg is working on. The movie is set to be released in October of this year with Mark being the star. And yet he refuses to get himself a copy of the game and actually play it for himself. He said:

I didn’t want to play because I have an addictive personality. I got more responsibility now than I’ve ever had with the kids and everything else. I don’t want to be spending 14 hours on the videogame and then eight hours on the set. It’s not going to work out.