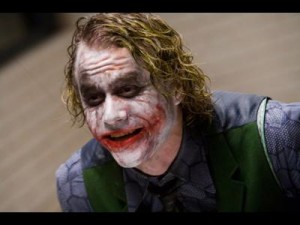 I remember having really bad dreams after watching a scary movie when I was a kid. Come to think of it, it still happens every now and then as an adult. Maybe that is why I do not really have an affinity for scary movies.

I read an article over at Canada.com about this topic:

Television and computer games aren’t to blame for dark dreams about things that go bump in the night, according to a new study that finds no link between children’s viewing or gaming habits and their nightmares.

The research debunks popular wisdom as well as previous studies in which parents and children reported that frightening dreams were triggered by TV programs.

“We found no correlation between the amount of TV watching and computer game playing and nightmare frequency,” says Michael Schredl, head of research for the Sleep Laboratory at Germany’s Central Institute of Mental Health.

The researchers were surprised to find there was no connection between nightmares and computer games or TV shows – including the police and crime shows that 14 per cent of the children said they watched regularly.

This is a very interesting finding. To be honest with you, I would have thought that TV and video games causing nightmares was logical. Don’t think that I am not happy with the finding though.