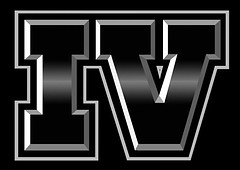 We’ve all heard about how violent video games can bring harm to people who play them, especially the young people. More often than not, hardcore gamers get sick of these studies and proclamations of violence making players immune. That is why when I read this blog post on a study looking at the other side of the coin, I was pleasantly surprised. I was even more surprised that I haven’t heard more of this study, conducted by Dr. Cheryl K. Olson, which was actually started in 2004.

So what are the findings of the study? Dr. Olson states in an interview:

Many children in our survey, as well as our focus groups with boys who play violent games, said they played games to manage their feelings. This included playing games to “help get my anger out,” to forget problems, to relax, and to feel less lonely. Children who played at least one M-rated video game “a lot in the past six months” were significantly more likely to agree that getting anger out was one reason they played video games.

The bottom line is that adolescents who play video games are better able to manage their feelings – anger in particular. This is due to the fact that they are able to vent out violent emotions through video games. Another thing that I liked about the study is how they approached the issue – not using the premise that violent games cause aggressive behaviors. Instead, they focused on something more concrete – the reason behind adolescents playing these games.