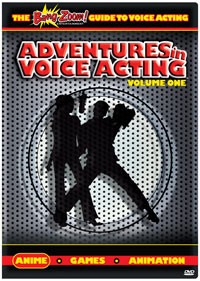 One type of acting that has become increasingly popular in recent years is voice acting for video games. As video game technology advances, more and more game characters are being voiced by big name actors. Fifteen years ago it would have seemed impossible to get someone of the caliber of Gary Oldman to lend his voice to an action game. Cut to today, when Oldman has lent his voice to no less than two games in the ever-popular Call of Duty series. Video game voice acting isn’t just for big names, either. It has become an increasingly popular way for actors to break into the industry, so long as they have the right mentality and go about it the right way.

In years past, video game voice over acting has been seen as a less than authentic way for actors to practice their craft. As games get more and more realistic, the medium itself has become elevated to that of a legitimate art form. Voice acting is very much still acting. You have to convey emotions, tell a story and ground a production in reality. In many ways, video game acting is actually more difficult than traditional acting. While actors in a film or television show get to use their body language in a particular role, video game actors have to accomplish the same things using only their voice.

Do You Have the Right Kind of Voice?

Not everyone is cut out for video game voice over acting. Success in the medium isn’t just about having a deep, powerful voice. You also need to have a complex voice. You need to be able to convey ideas and, most importantly, emotions. If you can do multiple “character” voices, you’re going to need to be able to do those voices for long periods of time. In other words, your voice can’t just be “good” – it also needs to be both strong and versatile.

As you begin your video game voice acting career, start by making a demo tape. A demo tape should display a wide range of qualities that will come in handy when companies start looking for actors to fill out roles. Record a demo featuring various character voices that you can do. Be loud, clear and concise. Try to put as much emotion on display as possible. Make the listener feel something, and you’ll have a much easier time at breaking into the industry.

Agent or no Agent?

Though an agent isn’t necessarily required to land voice over jobs, it is recommended. Talent agents can land you auditions and help you book various jobs. A talent agent can also provide you with the guidance needed to help put you on the right path towards a successful career. Though you shouldn’t be immediately discouraged if you don’t have an agent, you also shouldn’t try to travel down the hard road alone, either.

One of the keys to success in the video game voice actor industry is flexibility. You can’t rely on one strong character voice to help cultivate a career. You should continually practice new and interesting voices, as you never know when that “high pitched doctor voice” or “low pitched sports announcer” voice will come in handy.

As with many other industries, the only way you’ll actually be able to land jobs as a video game voice actor is to apply. Go to the websites of casting agencies and even of your favorite video game publishers and look for openings. Even if your first job isn’t as the lead in a popular game, you may still be able to book a small role. That small role could lead to a bigger role, followed by an even bigger one down the line.