If you’re still discovering what games you can play with your Android smartphone, here are what we recommend. 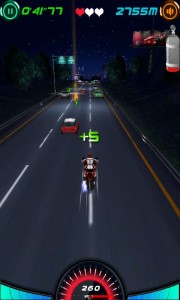 Speed Moto is perfect for bike enthusiasts looking for speed and action. The game tests not only the speed of the player but as well as his reflexes and dodging skills. One has to control a motorcycle and speed up to be ahead of the traffic while going through certain obstacles.

Abduction features creatures on earth and aliens. It involves the kidnapping of some creatures led by the aliens and the goal of the player is to help the cow rescue his friends safely. The cow needs to make a high jump from various platforms until it reaches its friends. But of course, there are obstacles along the way. 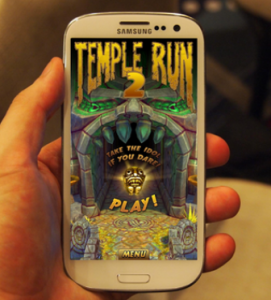 Temple Run is a never ending adventure game that requires a lad (Guy Dangerous) to escape from the city. This guy has stolen an ancient idol from a sacred temple and he needs to flee from the monkeys attaching him. The player then needs to help Guy leave the city by going through the various obstructions. Coins can be collected along the way to advance to the next levels.

Ninjump is a great game to entertain anybody who wants to pass time. The goal is to jump higher and higher to earn high scores. There’s no end to this game because as long as the ninja continues to jump, kill his enemies and hurdle the obstacles, he’ll get higher scores.

Photos via examiner and 1mobile