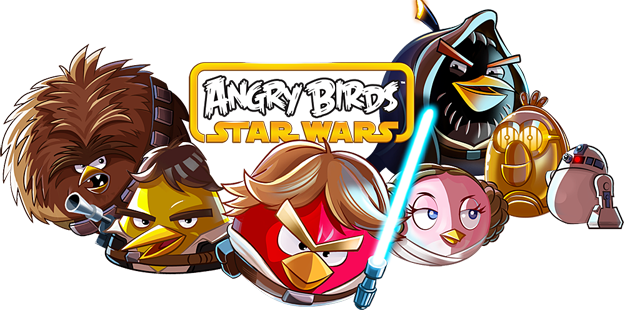 Meanwhile, the second version of the game that will be out soon allows players to unlock their favorite characters any time they want to. They can do this using the new interactive toys that come with the Angry Birds Star Wars Telepods.

For each playset, different figures totalling 30 in all are included. Each Telepod figure is about one inch tall and shows the Angry Birds in the popular Star Wars characters. Some of these famous characters from the prequels are Jar Jar Binks, Darth Maul and General Grievous.

Depending on the player’s preference, the figures can be used on their own or they can be scanned into the game app. The code located on the base of the toy can actually be scanned using Android, iOS, windows and Blackberry smartphones and tablets. Scanning the code allows a player to import the figure into the app and replace the existing character that sits on the slingshot. Just remember that this can be done only at the start of the game level.

The Angry Birds Star Wars II Telepod playsets will be released in August. Each pack will cost from a low of $5.99 (with a few figures) to a high of $39.99 (Star Destroyer playset). The new game app, on the other hand, is set for September release at a very affordable price of $0.99 (regular) to $2.99 (HD).