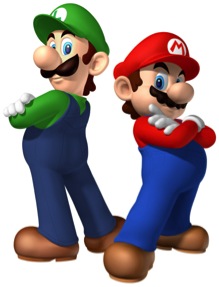 Who doesn’t know Mario and Luigi? Created by Nintendo, these two Italian plumbers often find themselves in many popular Nintendo games. Mario is often the lead character and has many Nintendo games named after him (Super Mario, for one). Mario’s and Luigi’s mission is usually to rescue Princess Peach from the super villainous dinosaur slash turtle slash dragon named Bowser.

This online and split screen multiplayer game is similar to the early Mario & Luigi games, with a low-resolution 2D platform that jumps between different dimensions. Much like the early Mario & Luigi games, the objective of Tiny Plumbers is to save a princess… actually, eight of them. There are eight realms in the game, and each one has a damsel in distress that Tony, the main “tiny plumber”, has to save. The thing is, he’s not in love with any of those princesses. He simply goes and trades them for a pile of coins and mini games. If you want to learn more about the game, just check out this video: 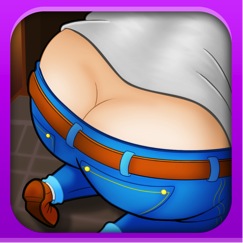 OK, Betty and Norm are probably not your typical video game heroes. Instead, they’re your stereotypical plumbers sporting giant plumber’s cracks. They star in a tongue-in-cheek iPhone/iPad game called Plumber Crack. The objective of this game is to throw stuff into their cracks. This is the perfect game to play if you want to channel your inner 12-year-old.

This unconventional flash game has a hamster acting as a plumber crawling through the pipes of a house and fixing cracks, battling rats, and eating food to replenish its health. This hamster can be moved with the up, down, left, and right arrows. This hamster’s whole mission is to prevent the house from flooding.

Plumber Man is a super hero slash plumber who stars in this flash game. His real name is Billy-Bob, and he was born with incredible super-human abilities. When he’s not hanging out with his nephew and grandma, he uses a plunger to defend humans. His arch enemy is Flubber Man, an alien that hails from a planet called Flubber-arrium. He is set out to destroy Plumber Man. Another arch enemy is Green Soda, a criminal who evolved into a green soda after having been stuck in a vending machine. The Evil Ice Cream Man is also out to get Plumber Man because the Plumber Man sent him to jail. There’s also the Purple Ninja, who’s out to kill Plumber Man just because. The whole objective of the game is to fight all the super villains.

Joe the Plumber can be any given plumber in the world, but in this case, Joe the Plumber is a character in this game who has to install and fix enough pipes before time runs out. It’s kind of like real life, isn’t it?

Do you know of any other iconic plumbers in gaming? If so, please share them with us in the comments!

This article was written by Simon who is working for Fischer Plumbing in Seattle.