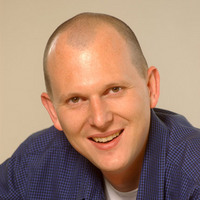 As if Cory Barlog’s leaving was not enough, we heard the news of Phil Harrison’s leave taking last week. Sony seems to be losing a lot of its talents, doesn’t it? Phil Harrison used to be the head of Sony Computer Entertainment Worldwide Studios and his leaving the company is a serious blow – there is no doubt about that. As of February 29, he no longer serves as the president. But wait – there’s more!

On the 3rd of this month (just a couple of days ago), the gaming world went gaga over another bit of news. Not only did Phil Harrison leave Sony but he has joined forces with another big name in the gaming industry! Read this excerpt from a press release:

What is Infogrames? It’s just the group which owns Atari. Who can forget this brand which so big in the 80s? They could definitely use an infusion of talent and creativity as the brand has suffered immensely over the years. Who knows, maybe Phil Harrison is what they need at this point. As for Sony, it is definitely a great loss – and may insult has even been added to injury here as their president has left for a competitor. As the French say, c’est la vie! I am sure Sony will continue to give us what we want – or die trying.