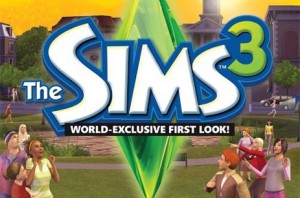 I think that everyone knows this in the back of their minds, although confirmation from those who actually crunch the numbers is always appreciated. According to EA, this simulation game that some people look down on (yep, I can name a few friends who would never lift a finger to buy this game) has sold more copies last year than big games such as Modern Warfare 2, Left 4 Dead 2, and World of Warcraft. Can you believe that? I sure can!

Will Wright, the genius behind The Sims franchise, must be ecstatic right now; and he should very well be! With all the copies that his games (from the very first Sims to the latest), he should be all set for the rest of his life. Not only that, his name will forever be remembered by the countless gamers he has made happy!

So just how many copies were sold in 2009? You might not believe this, but The Sims 3 sold 1.4 million copies in its first week alone. By the end of June 2009, this figure had risen to 3.7 million. Unfortunately, EA has not released the exact figures for the whole year. That makes me wonder, but let’s just give them the benefit of a doubt, shall we? After all, this is not the first time that a Sims game has been proclaimed the best-selling PC game for the year. In fact, this is the sixth time in 10 years that this has happened.

If you haven’t tried The Sims 3 yet, I suggest you go buy one now.