What have you been doing in the past week or so? Have you taken the time to look outside the window, or at least watch the news and see what’s going on outside? I know very well how tempting it could be to immerse yourself in a video game for days without connecting with the real world, but just so you know, crazy stuff has been going on out there!

A tropical typhoon destroyed billions worth in the Philippines – countless people are still affected. A tsunami hit the American Samoa. An earthquake rocked Indonesia. Another earthquake hit the southern Philippines.

I don’t know about you, but this stuff about global warming is really wreaking havoc on our earth! There may be other reasons for the disasters – especially the flooding in the Philippines – but there is no denying that we need to do something about the state of nature.

So what am I trying to get at here? One, you might want to help out the victims of these disasters. Here is one simple way you can donate – just click on the link below.

Two, you might want to help by saving energy with regard to gaming. Is there such a thing? Of course! Here are some ways you can do this:

1. Use rechargeable batteries – for the Wii-mote, dude.
2. Turn off your console AND unplug it. Alternatively, plug it into a power strip and always switch that strip off when not in use.
3. Buy the PS3 Slim! 😉

Be a green gamer and make a difference! 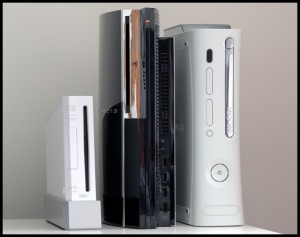 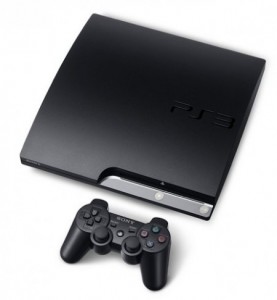 By now, you’ve probably gotten yourself your own PlayStation 3 Slim – the newest console to roll out of Sony’s manufacturing plants. Then again, you might be holding off on making that purchase, especially if you still have the original PS3. If you do not know it yet, my own 60G PS3 died on me early this year. Apparently, the motherboard just melted. From what I have been reading in the forums, this particular model of the PS3 is really prone to this meltdown. Lucky me.

So you would have thought that I would have gone out and immediately bought a replacement. I thought it wiser to wait for a while, and I am glad that I did! Over the weekend, when the new PS3 Slim was released, I decided to wait no longer and get myself a new toy. So how is it?

Well, it has only been several days but so far, I am more than satisfied. To be honest, though, I have not seen much improvement regarding performance and functionality. I am still doing the exact same things that I did with the original PS3. I play my games, I watch videos and TV shows, I play online, and I download content. The Blu-Ray player is just as handy as ever.

So why buy the Slim? Well, it IS slim! I still am getting used to seeing this sleek black box where a chunky shiny black box used to sit. I don’t hear any noise – seriously, nothing at all – while it is on. It doesn’t heat up (please, motherboard, don’t melt on me again), and they say it uses less power (let’s see the electric bill when it arrives).

I say get yourself one if your PS3 is due for replacement. If not, then you can wait.